The history of the viatical settlement can be traced back to an early twentieth century Supreme Court decision. In 1911, Justice Oliver Wendell Holmes delivered the decision in Grigsby v. Russell that established that a life insurance policy is an asset and with the asset comes the right to sell your policy.

Dr. Grigsby agreed to perform an operation on his patient John C. Burchard. In order to pay for the operation, Burchard offered to sell his life insurance policy to the doctor for $100 plus the assumption of payment for any remaining premiums on the policy. Dr. Grigsby would then become the owner and sole beneficiary of the policy.

When Burchard died, Grigsby attempted to collect the death benefit of the policy. The matter was tied up in court when an executor of the estate of Burchard challenged Grigsby’s claim to the death benefit. The Supreme Court ruled that a life insurance policy was like any other asset and the owner of the policy had the right to sell it to another party. Thus, the first viatical was completed.

After the Supreme Court decision 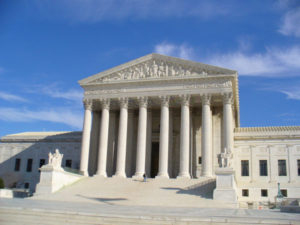 While the Supreme Court decision established precedent, it did not change the fact that only a very few owners of life insurance policies ever saw the need or had the desire to sell their policies. Almost eight decades passed before the viatical settlement industry was born. The viatical industry grew out of what was a newly discovered disease that was severely shortening the lives of its victims.

It was not until the 1980’s when the world learned about a new deadly disease called AIDS. As the medical community was just starting to learn about AIDS, there was no effective treatment for anyone who got the disease. If you had AIDS, you were given little chance of surviving more than a few years. It evoked the same fears and emotions as being diagnosed with terminal cancer.

Many patients, who were fairly young and in relatively good health, were suddenly facing a death sentence. The treatment with experimental drugs was prohibitively expensive. The viatical industry grew out of the need for afflicted individuals to gain access to money they had in their life insurance policies.

Companies began to form in what is now known as the secondary market for insurance. The viatical settlement industry facilitated the process of terminally ill patients to be able to sell their policies. In return for a lump sum amount, the seller would receive a percentage of the death benefit to use as they saw fit and the buyer would continue to make the premium payments and then collect the full death benefit upon the passing of the insured.

Eventually, new treatments and medical advancements started to result in AIDS patients living much longer than had previously been the case. Viatical settlements, which by law, are only available to patients with a 24 month, or less, life expectancy, could not help everyone who had suffered a serious decline in health. That led to a new product called life settlements, which had fewer restrictions and could help more life insurance policy owners in their time of need.

Can You Sell Your Life Insurance Policy for Cash?
Get A Consultation 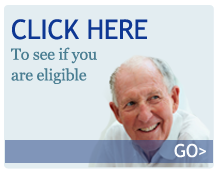